I am an eco-physiologist specialized in bird energetics focusing on energy expenditure linked to muscle activity in a context of cold acclimatization and flight activity. Indeed, I previously worked on thermoregulation in cold condition with passerines wintering in Canada and penguins spending foraging trips in cold water. My current project aims to understand energy expenditure during flight activity.

I did my Master studing the winter-related cold acclimatization in Black-capped chickadees (Poecile atricapillus L.) in free-living condition. Since then, I have developed a keen interest for endotherm species living in cold environments, which led me to work as a biologist in the French scientific station "Dumont d’Urville" in Terre Adélie (Antarctica) for 15 consecutive months. A few years later, I completed my Ph.D. degree under a three-year doctoral fellowship funded by the French Ministry of Education and Research studying the king penguin (Aptenodytes patagonicus) thermoregulation strategies and their energetic consequences.

Maintain a high and stable temperature is crucial in endotherm species to permit their organism to run optimally (cell multiplication, mitochondrial and enzymatic activity etc.) and to respond to external as well as internal stimuli. My research aims to understand heat exchange regulations between an organism and its environment but also within an organism (i.e. heterothermia) and the energetic consequences of the body/tissues temperature variations.

Particularly demanding from an energetic point of view, flapping flight exhibits the highest rates of energy expenditure of any mode of locomotion (Norberg 1990 – Animal Flight). However, many of the techniques used to study avian aerodynamics, biomechanics and energetics within a laboratory setting are not easily transferable into the field. The aim of this project carried out with Dr Graham Askew (University of Leeds) and Dr Charles Bishop (Bangor University) is to understand how indirect proxies of flight energetics can best act as indicators of metabolic rate and avian biomechanical flight performance, and thus increase our understanding of bird flight energetic in wild condition. 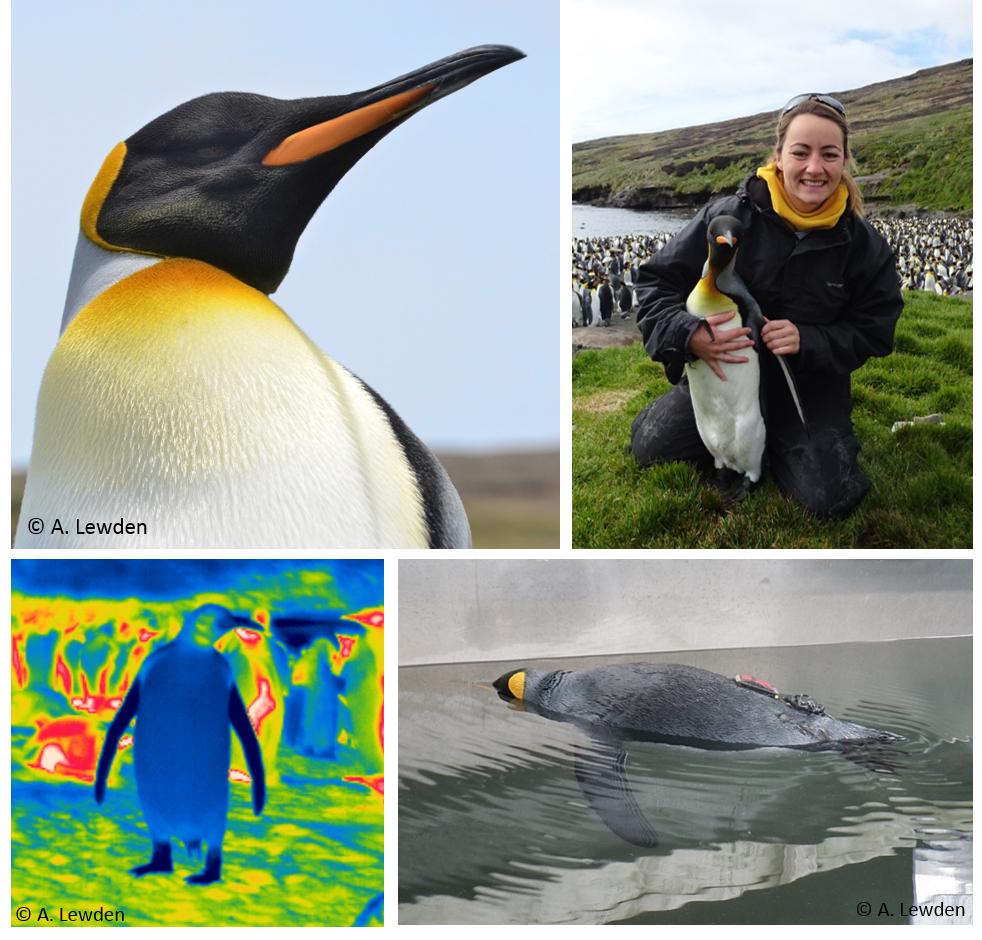 The energetic cost of foraging activities in King Penguin consists in reaching favourable areas, in realizing deep dives in search of fish and in resting in high latitude cold water. Several studies have shown that resting in cold water could represent a more expensive cost than realizing deep dives. This paradox is probably linked with contrasting thermoregulation processes. During daylight, a general hypothermia occurs and is believed to reduce energy expenditure. However, a re-warming to normothermia occurs at sunset and contributes to increase heat-loss during the night. We hypothesise an energetic conflict between thermoregulation and digestive processes. During daylight, the organism may be unable to assimilate the end product of prey digestion (free fatty acids - FFA) into the peripheral subcutaneous adipose tissues (SAT), because skin is no more blood perfused. During the night, re-warming and re-connecting to blood circulation peripheral tissues could be inevitable to enable the assimilation of FFA into the SAT.

Thus, we measured an increase of subcutaneous temperatures (used as a proxy of blood perfusion) in implanted penguins maintained in sea water tank in feeding condition (Lewden et al. 2017a) supporting this hypothesis. However, we also observed an increase of peripheral temperatures in the same birds during fasting time (Lewden et al. 2017b). Furthermore, the oxygen consumption rate of birds increased with fasting duration in water, while it was also higher when the flank tissue was warmer, indicating a thermoregulation cost due to greater perfusion. Fasting king penguins in water maintained peripheral perfusion probably to access subcutaneous fat stores. Hence, the observed normothermia in peripheral tissues of king penguins at sea, upon completion of a foraging bout, is likely explained by their nutritional needs: depositing FFA in subcutaneous tissues after profitable foraging (feeding condition) or mobilizing FFA to fuel metabolism, when foraging success was insufficient (fasting condition). 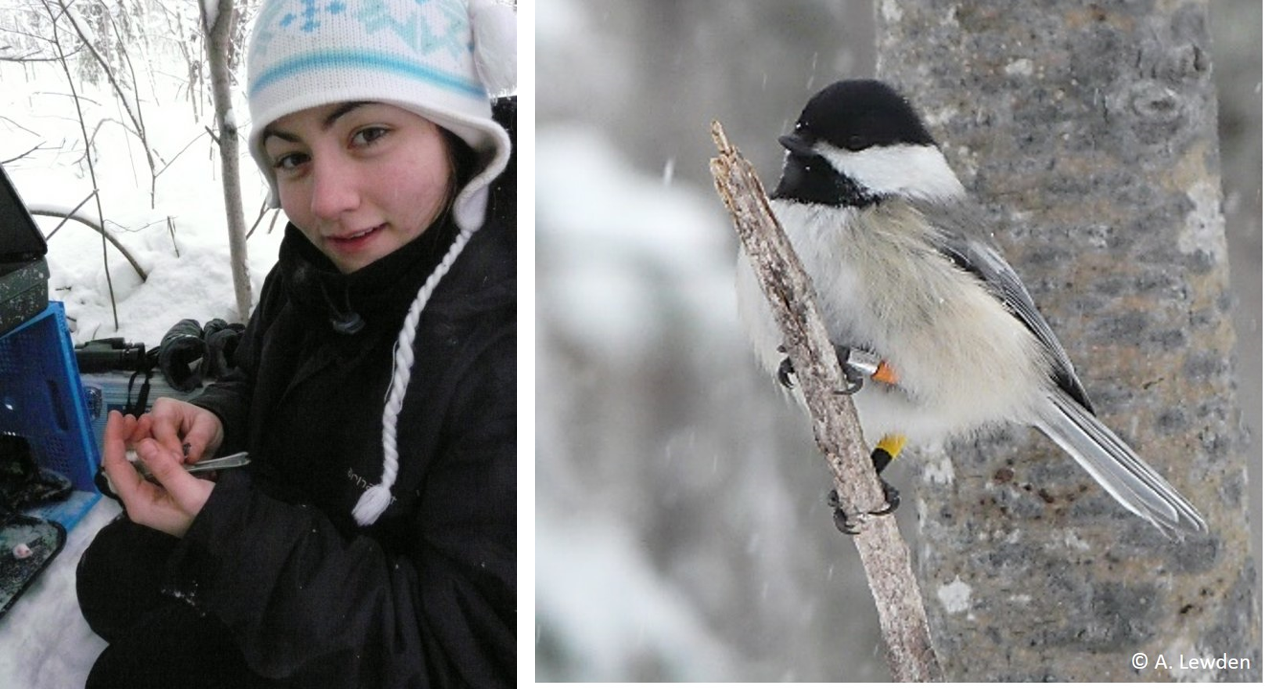 During Canadian winter, chickadees have to cope with harsh conditions marked by a decrease of daytime reducing their foraging activity with an increase of fasting time during the night, not to mention the heat lost induced by low temperature. However, although they cannot accumulate large fat reserve that would impair their ability to fly, Black-capped chickadees demonstrate an ability to survive temperature gradients (body temperature - air temperature) higher than 40°C. 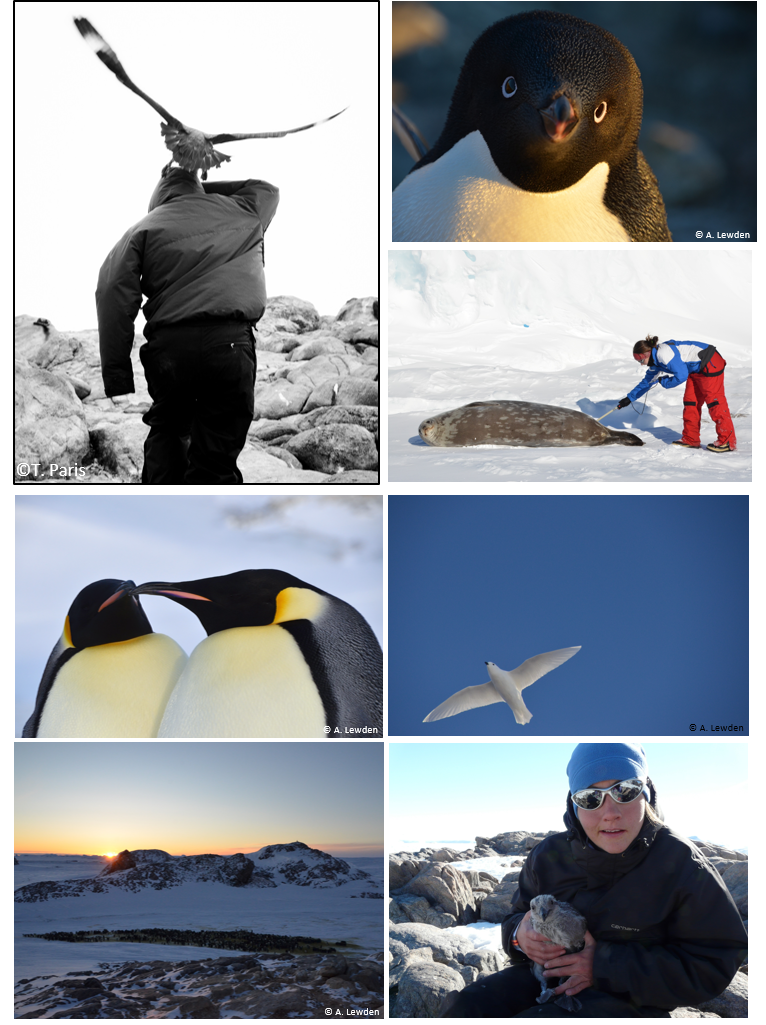