I am a first year PhD student in the Hassall Lab.

My PhD project is looking at ecosystem services associated with aquatic plants in urban landscapes.

For my undergraduate dissertation I researched the palatability of different lichen species to the tree slug (Lehmannia marginata) and the influence removal of defensive compounds had on grazing rates.

My Masters project, supervised by Dr Alison Dunn, was focused on the detection of invasive species within reservoirs. I studied the sensitivity of environmental DNA technologies for the detection of an invasive non-native species, the zebra mussel (Dreissena polymorpha). This research was undertaken with two external companies, Nature Metrics – one of the UK’s leaders in commercial eDNA analysis, and Yorkshire Water – the largest landowner in Yorkshire, who have responsibility for nearly a thousand freshwater assets and associated infrastructure, including substantial areas in urban landscapes.

Freshwater systems are among the most biologically and functionally diverse habitats known, ranging in size from the ancient Rift Lakes of Africa, to small, ephemeral water bodies present only during periods of heavy rain. From this huge diversity of form and function, many highly diverse and specialised plant and animal species have arisen, well adapted to the variable conditions and environments which freshwater habitats present. Complex interactions mediate these environments and species, facilitating a wide array of ecosystem services, including carbon capture and sequestration in peatbogs, bioremediation of excess nutrients via aquatic plants, and soil stabilisation and erosion prevention of bankside vegetation in riparian systems (Hill et al., 2017).

However, urbanisation and agricultural intensification over the last century have resulted in the drainage, damming, and degradation of many freshwater environments. Even throughout non-urban areas in the UK a considerable amount freshwater habitat has been lost. Current projections of urbanisation predict that between 2000 and 2030 the extent of urban areas will increase by an estimated 185%, representing a considerable threat to biodiversity and complex challenges for urban planners and conservationists alike (Hassall, 2014). 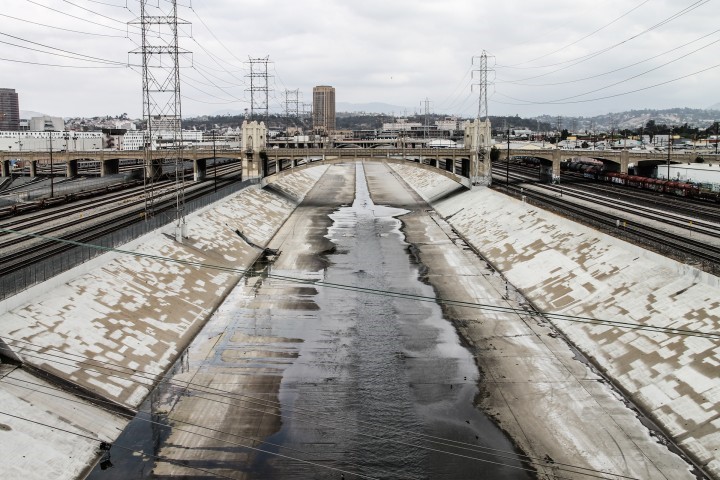 Extreme modification of catchments leads to complete loss of ecosystem services, reduction in habitat functionality, and may result in the complete destruction of aquatic and other associated habitats.

Urban and cityscapes within the context of biodiversity are often likened to so-called biodiversity deserts, being depauperate, of little benefit to wildlife, and with limited ecological functionality. The flora and fauna of cities homogenise with increasing time and urbanisation, as only species tolerant of these intensely modified environments can establish. These urbanophiles become ubiquitous across cityscapes, as habitats are replaced by urban features, native species and their functionality from these areas are lost (McKinney., 2006).

Recent evidence, however, has shown that moderate levels of urbanisation support a greater diversity of plants, and that urban ponds sustain comparable numbers of invertebrate species and families compared to non-urban ponds, providing strong ecological evidence that these aquatic features may provide a promising avenue for supporting urban biodiversity (Hill et al., 2017). The majority of academic work focuses on terrestrial systems, considering habitat for pollinators and invertebrates, often by the creation of nectar resources. Considerably fewer resources are provided to the creation and study of aquatic habitats, due to the logistical difficulty and expenses associated with their management.

Various methods of bank stabilisation have been developed which facilitate the regeneration and establishment of vegetation in degraded environments, but to what extent do these influence aquatic plant composition and functionality whilst effectively providing nature-based solutions to the impacts of increased urbanisation? Importantly, how do we convince policymakers and funding bodies to commit funds to develop and restore aquatic habitats to ensure a broad matrix of ecologically functional aquatic habitats throughout the urban and non-urban environment?

My PhD research proposes to examine the various mechanisms by which cities, and the urban environment influence aquatic plant distribution and function. Specifically, with this project I aim to address two key topics.

Land-use changes have resulted in the fragmented and isolated patches of variable quality habitat for aquatic plant species in the urban landscape. The hard linear features of these landscapes such as roads, fences and hard flood defences limit the natural dispersal of species between already isolated habitat patches. Critically, evidence has shown that the reproduction barrier from the transition of casual to established populations is most strongly present in hybrid and novel ecosystems, environments which form the majority of urban greenspaces (Kowarik and von der Lippe, 2018).

Specific hypotheses will be tested, including: (i) biotic homogenisation, (ii) spatial structuring of communities, (iii) and the hump-backed relationship between urbanisation and plant species richness. From these hypotheses this project will demonstrate how these influences effect mechanisms of dispersal and persistence in aquatic communities. Furthermore, from these data functional plant traits, responses and their impacts may be inferred, providing insight into the functional traits our urban aquatic ecosystems currently exhibit.

Opportunities also exist to work with the Canals and Rivers Trust to incorporate canal ecosystems to study the effects of connectivity on plant communities at inter-city scales.

The opportunities afforded by nature-based solutions to challenges in urban sustainability are considerable, but the evidence base is relatively poor. Urban greening and regeneration represent a key method for addressing urban challenges, but also a considerable potential expenditure for statutory bodies and organisations with responsibility for urban management. It is critical that a strong body of evidence is available, to inform best practice and demonstrate cost-effectiveness when designing, monitoring, and implementing management. This project will generate a preliminary body of such evidence with direct relevance to the management of West Yorkshire urban spaces, with an application at a much wider scale.