My research focuses on the physiology and biomechanics of animal movement. The overall goal of the lab is to understand how muscle mechanical function and energetics determine the overall metabolic energy expenditure and physical performance of locomotion. We use an integrative and comparative approach to reveal the underlying cellular, physiological and biomechanical determinants of physical performance in order to understand the evolution of musculoskeletal design.

Mechanical function of muscles during locomotion

A large part of our work has investigated muscle function during flight because during flight the bulk of the active muscles have a simple mechanical function – to generate power. We have studied the explosive take-off flights performed by some birds to investigate the physiological adaptations that allow muscles to generate maximal short-term power output. One of the species that we studied – the blue-breasted quail – develops the highest power of any skeletal muscle yet measured (per gram of muscle; Askew and Marsh, 2001). Bird flight also proved to be a useful system in which to investigate power modulation strategies. The need to modulate power is relevant to many activities including acceleration, incline locomotion, and speed related variation in power requirements. We have been able to determine the importance of power modulation through changes in muscle recruitment and length trajectory as well as at the level of the organism by the use of intermittent flight behaviour (Askew and Ellerby, 2007; Morris and Askew, 2010). 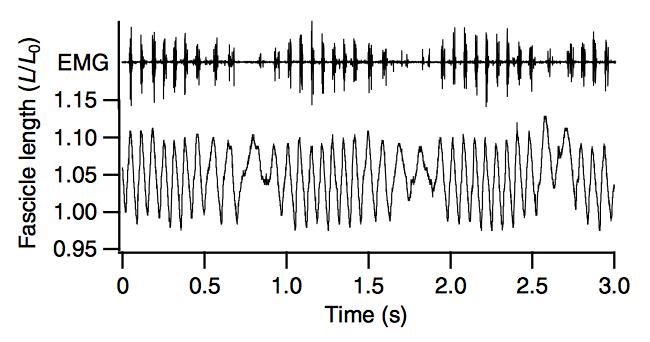 My laboratory also investigates metabolic energy use during locomotion with the primary aim of quantifying energy use of the locomotory muscles in order to gain a better understanding of the determinants of whole organismal energy use. We use whole organism metabolic rate is determined by measuring O2 consumption and CO2 production during locomotion (Fig. 2; Morris and Askew, 2010). In leaf-cutter ants this technique has been used to investigate the behavioural adaptations that occur during the negotiation of hilly terrain (Holt and Askew, 2012). We also investigated the effects that wearing armour would have had on the locomotion of Medieval knights (Askew et al., 2011), finding that when wearing the armour the energy expenditure was doubled when they walked or ran. This is much more than wearing a backpack of equivalent mass due to the increased cost of swinging the loaded limbs and impaired breathing when wearing armour. These findings can help historians interpret the feats of battle. At the level of the muscle, we quantify energy use by measuring the total enthalpy output (the sum of the mechanical work and heat production) and also, indirectly, by measuring regional blood flow. Our research has demonstrated that a muscle doing stretch-shorten work uses no more energy than when force is produced isometrically, challenging the view that elastic tendons reduce locomotor costs by replacing muscle work (Holt et al., 2014). We have also developed approaches that allow energy use can also be quantified at the level of the cross-bridges (Askew et al., 2010).

Integrating the Mechanics and Energetics of Locomotion

During all modes of locomotion, muscles convert chemical energy into mechanical work that is ultimately transferred to the environment to produce movement. To achieve a full understanding of the system, we need to be able to trace the transfer of energy between all levels of organisation from the contractile proteins to the momentum transferred to the animal's wake and relate this to the animal's locomotor performance, morphology and ecology.

Research in my laboratory is funded by the BBSRC.

Swimming efficiency in a “living fossil” – chambered nautilus encounter oxygen deficient waters when they dive to forage. To conserve their limited on-board oxygen supplies, their metabolic cost of locomotion needs to be low. By measuring the wake structure in Nautilus, we were able to show that they have a higher propulsive efficiency than has been measured in other animals that swim using jet propulsion. The high propulsive efficiency in Nautilus contributes to the low metabolic cost of swimming and is a strategy to reduce the metabolic demands in an animal that spends a significant part of its daily life in a low-oxygen environment.

Running energetics – in this paper we tested the idea that tendons save energy by reducing cyclic muscle work by comparing the cost of force generation during constant length muscle actions with active stretch-shorten cycles.

Peacock’s train is not such a drag – here I measured the effect that the elaborate plumage of male peafowl has on their take-off performance. 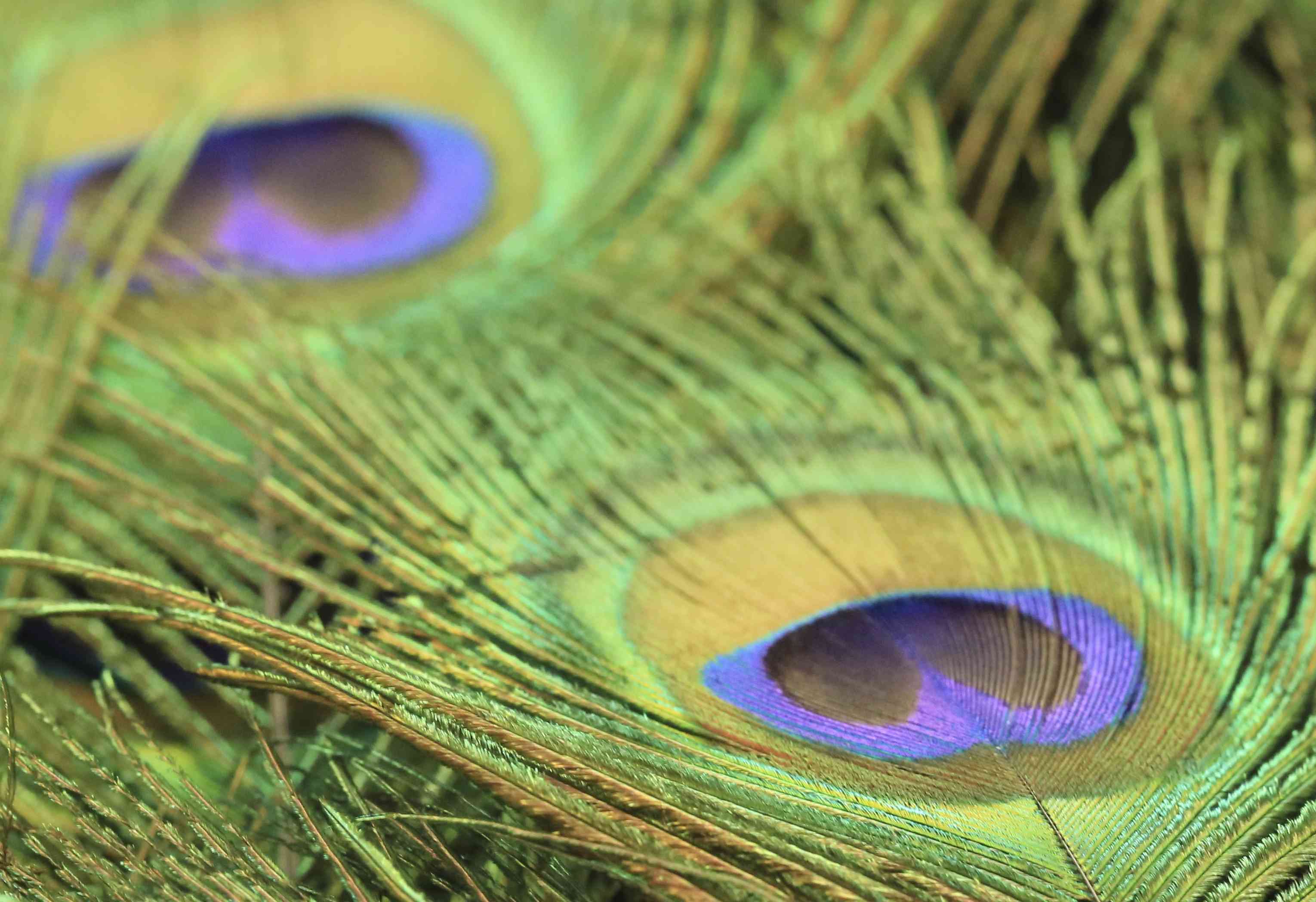 Energetics of locomotion in Medieval armour – here we measured how much effort is required to walk and run while wearing armour.

Ant energetics – in this paper we measured the energetic cost of walking uphill and downhill in leaf cutter ants in order to understand the behaviour of route selection. 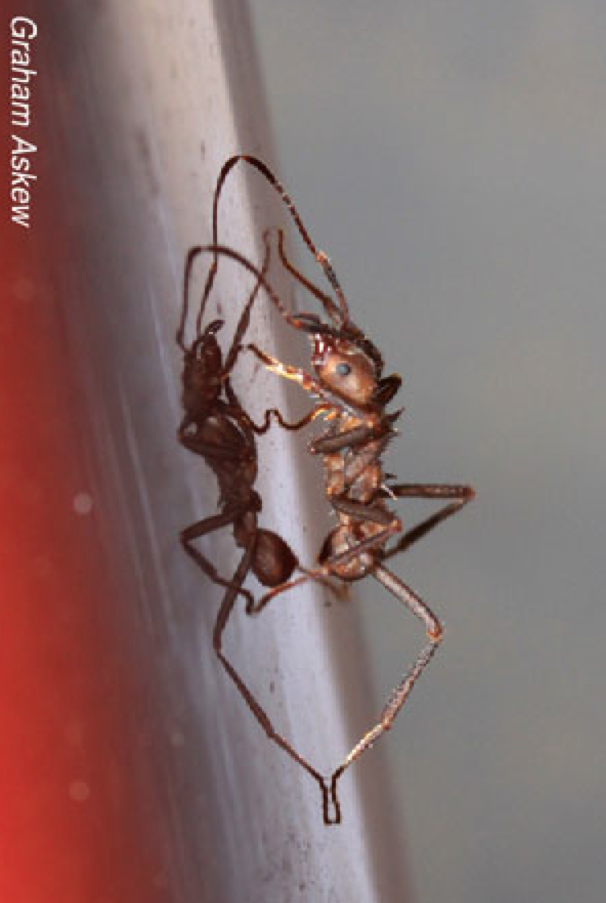 Power modulation in bird flight –this is a series of three papers on cockatiel flight in which we quantify muscle mechanical performance during flight using two methods and compared this to the metabolic cost of flight.