Biodiversity estimates are ‘coming of age’ 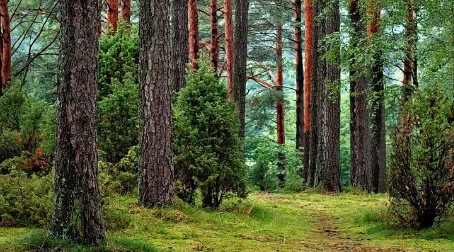 An international competition to estimate the diversity of plants across the whole of Britain has shown that mathematical modelling techniques are ‘coming of age’.

Models are crucial tools that allow scientists to estimate the biological diversity of particular habitats, regions, countries and even continents, and to assess how this might be changing over time.

Using models, researchers can begin to understand whether efforts to conserve the natural world are succeeding.

However, most models are tested against different sets of criteria, making it difficult to compare them with one another and be confident in any given model. Generally, models are limited to estimating the biodiversity of an area two orders of magnitude larger than that sampled – or smaller – the equivalent of estimating the number of species in an area of 100m2 from a 1m2 sample.

A new project led by the University of Leeds challenged the global research community to test the accuracy of their modelling techniques by applying them all to the same dataset - the 1999 Great Britain Countryside Survey.

Researchers were asked to make an estimate for the number of plant species present across Britain, based on small samples from the Great Britain Countryside Survey. Their predictions from their models were then tested against data from the Biological Records Centre – the national database of British plant species. This provided the 'true' species-area relationship for British plants, enabling the research team to determine the best modelling technique.

This task required estimating the biodiversity of an area five orders of magnitude larger than the total area sampled - equivalent to estimating the species richness of the land plants across the entire globe based on samples that cover only 3,000 km2.

Professor Bill Kunin, from the University of Leeds’ Faculty of Biological Sciences, who launched the competition, said: “Policymakers are often concerned with the preservation of biodiversity at national, continental or global scales, but most biodiversity monitoring is conducted at very fine scales.

“This mismatch between the scales of our policies and of our data creates serious challenges, especially when assessing biodiversity change.”

More than a dozen methods belonging to five conceptual groups were tested and the findings published in the paper ‘Upscaling biodiversity: estimating the species-area relationship from small samples’, in Ecological Monographs. Entries came from researchers working in countries including Canada, Czech Republic, South Africa, Taiwan and the USA.

The single best method for estimating the species-area relationship was proposed by Professor Cang Hui from Stellenbosch University, South Africa, based on his concept of species’ occupancy ranking, published for the first time in this paper.

Other models performed less well; while there are around 2,300 plant species in Britain, some models' up-scaled species richness estimates were far off the mark, ranging from 62 to 11,593.

Professor Kunin, an ecologist at the University of Leeds, says while there remains substantial room for improvement in upscaling methods, the results suggest that several existing methods have the potential for practical application to estimate species richness at coarse spatial scales.

Professor Bill Kunin (University of Leeds) and Professor Cang Hui (Stellenbosch University), who proposed the best method for estimating the species-area relationship, are both available for interview. Please contact Simon Moore in the University of Leeds press office on +44 (0)113 34 34031 or s.i.moore@leeds.ac.uk.

‘Upscaling biodiversity: estimating the species-area relationship from small samples’ was published in the journal Ecological Monographs on the 23 January 2018.