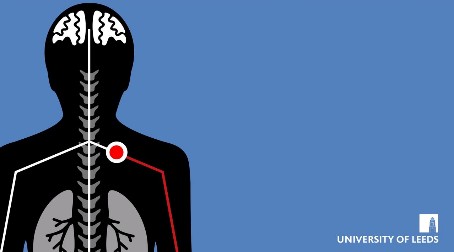 Research led by neuroscientist Professor Nikita Gamper has been included in Discover magazine’s 100 top stories of 2017.

The study, reported and published in April 2017, questioned whether there was a better way to control pain.

‘Today’s painkillers target the brain and spinal cord. But in April, neuroscientists reported that there might be a way to block pain before it makes it to those central systems.

‘An international team of researchers found that peripheral nerves play an unexpected role in processing pain.

‘But the team noticed that in rodents, neurons near the spine used a neurotransmitter called gamma-Aminobutyric acid (GABA) to dial back pain signals before sending them on. When researchers administered GABA to those neurones in rats, the animals hardly reacted to a painful injection into their paws.

‘The finding, published in the Journal of Clinical Investigation, might radically change how we treat pain, assuming it holds up for humans too, says senior author Nikita Gamper. Painkillers that act on peripheral nerves, he says, would have far fewer side effects and shouldn’t be addictive.’

Discover’s top 100 features the ‘best in science’ from the past year, ‘from space exploration to medicine, technology, palaeontology and environment’.

A Better Way to Control Pain? is featured at number 66, and the full article can be found in their print and digital magazine.