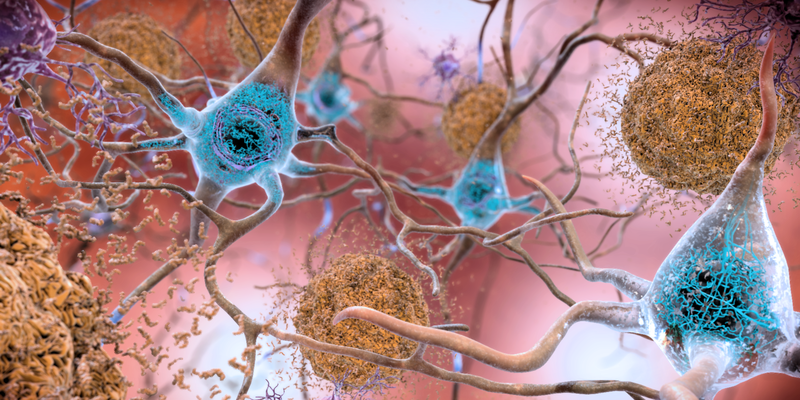 A protein complex has been shown to play a key role in preventing the build-up of toxic plaques in the brain linked to neurodegenerative disorders such as Alzheimer’s and Huntington’s disease.

An international team of researchers from the Universities of Leeds, Stanford (USA) and Konstanz (Germany) have discovered that the nascent polypeptide-associated complex (NAC) helps to prevent the aggregation of damaging proteins within the cell.

The scientists have patented a crucial fragment of NAC and are planning further studies to explore whether it has the potential to be used in treatments to slow the onset of neurodegenerative diseases.

Huntington’s and Alzheimer’s disease are linked to specific proteins which can accumulate in brain cells. The proteins clump together to form damaging plaques which are thought to cause the progressive dysfunction and death of the cells.

The key protein complex, NAC, is a molecular chaperone found in all eukaryotic organisms, and is required for healthy cellular activity. NAC is known to help in the production of new proteins, and has now been shown to play an additional role in preventing cellular degeneration, by ‘catching out’ the proteins responsible for plaque formation.

By understanding the mechanism of how NAC works, we are a step closer to developing a molecule that could slow or even prevent degenerative diseases.

A key step in the discovery of the role of NAC was to find out how it recognises and binds to the damaging proteins, and prevents them from aggregating. This part of the work was led by Professor Sheena Radford and her team in the Astbury Centre for Structural Molecular Biology at the University of Leeds.

They found that just one small region of NAC was responsible for binding the damaging proteins, and that this small fragment could fulfil this role on its own.

Professor Radford said: “We were very surprised by these findings – the results were totally unexpected.

“By understanding the mechanism of how NAC works, we are a step closer to developing a molecule that could slow or even prevent degenerative diseases.”

The new research was published in the journal Molecular Cell, and funded by the Human Frontier in Science Program, the Wellcome Trust, the European Research Council and the German Science Foundation.

Elke Deuerling, Professor for Molecular Microbiology at the University of Konstanz, said: “What is so fascinating about this is that NAC can recognise different types of aggregation-prone proteins and prevent them from aggregating. NAC is a very abundant cellular protein and seems to be involved in many processes that maintain cell fitness, health and functionality. We believe it to be one of the most important chaperones in the cell.”

NAC occurs in all eukaryotes from yeast to man and was first described over 25 years ago. But its precise functions, which are vital to the survival of organisms, have remained largely unstudied for a long time.

The paper is the first to demonstrate conclusively that NAC exerts chaperone activity away from the ribosome on structurally diverse substrates including polyglutamine (PolyQ)-containing proteins and Amyloid-β 40 (Aβ40) peptides.

Importantly, NAC suppresses PolyQ aggregation and enhances the organismal fitness in vivo, as tests with the animal model system C. elegans conducted by the University of Konstanz team show.

PolyQ analyses of neuronal mice cells carried out by Professor Judith Frydman at Stanford University and her team, revealed that a reduction of NAC caused catastrophic damage within cells producing toxic PolyQ proteins, providing further evidence of the crucial role NAC plays with regard to suppressing protein aggregation.

One future task for the researchers will be to identify these unknown NAC substrate interaction domains. Another will be to further develop the results of the study for medical application. “Being able to clearly identify one important chaperone domain within NAC has huge implications for the development of therapeutic approaches to help combat neurodegenerative disorders,” said Professor Judith Frydman.

“Increasing the concentration of NAC in cells to suppress protein aggregation isn’t universally beneficial. But being able to work with the small NAC fragment N-βNAC – or with even smaller peptides only 20 amino acids long that we managed to identify within N-βNAC – could be a game changer. We may not be able to cure diseases such as Huntington’s or Alzheimer’s any time soon, but we may be able to delay their progress.”