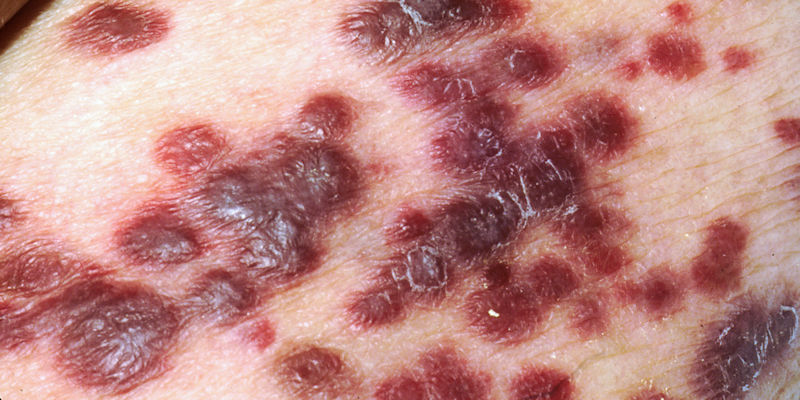 Scientists are attempting to tackle a virus that causes Kaposi’s sarcoma, a skin cancer that is common amongst those with HIV.

Kaposi’s sarcoma is caused by the virus Kaposi’s sarcoma-associated herpesvirus (KSHV). It predominantly affects people between the ages of 20 and 49.

A new international research consortia from the University of Leeds, alongside Rhodes University and KwaZulu-Natal University in South Africa, is trying to find a way to fight the virus, which currently has no antiviral drugs or vaccines to prevent it.

According to the American Cancer Society, in some areas of Africa up to 80% of the population shows signs of KSHV infection.

In most cases people infected with KSHV do not go on to develop the cancer, but infection with HIV increases the chances that it will. With the present epidemic levels of HIV infection in Africa, Kaposi’s sarcoma is now the most common HIV-related cancer.

The new project aims to improve the health and resilience of disadvantaged populations across sub-Saharan Africa. It has today been awarded nearly £500,000 funding by the UK Government’s Challenge-led grants.

Project lead Professor Adrian Whitehouse, from Leeds’ School of Molecular and Cellular Biology, said: “By understanding how this virus manipulates the human cells it infects, which allows it to replicate, we can start to design a drug that could help to stop this cancer from developing.”

Professor Whitehouse’s team, which is part of the University’s Astbury Centre for Structural Molecular Biology, will use its expertise in viral oncology and drug discovery to try to identify an opportunity to disrupt the virus and prevent replication.

Launched as a cross-academy initiative by the UK National Academies – The British Academy, the Royal Academy of Engineering, the Academy of Medical Sciences, and the Royal Society – the Challenge-led grants aim to foster collaboration not just between disciplines but between countries.

The grants are part of the Global Challenges Research Fund (GCRF), a £1.5 billion fund by the UK Government to support cutting-edge research and innovation that addresses the global issues faced by developing countries.

Leeds researchers have secured more than £45 million from the GCRF since its inception in 2015, helping to tackle problems such as anti-microbial resistance, water security and urban disasters.