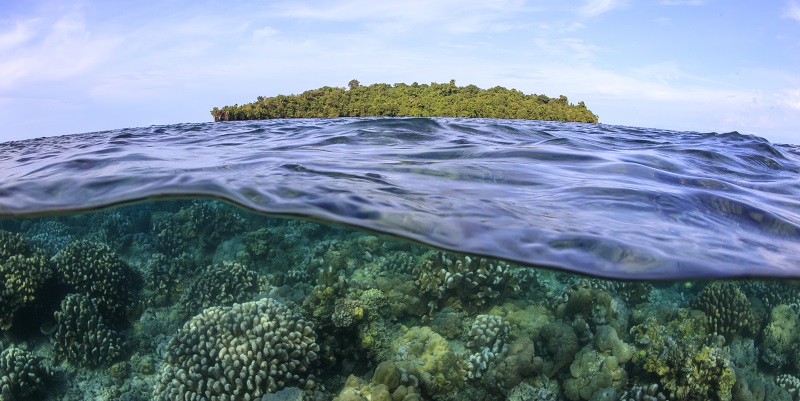 A new study reveals that proper management of coral reefs can help achieve the multiple goals needed to sustain these ecosystems but management effectiveness is dependant on the reef’s location.

An international team of researchers, including Dr Maria Beger from the University of Leeds, assessed roughly 1,800 tropical reefs from 41 countries across the globe to understand whether no-fishing marine reserves and other fisheries restrictions are helping to achieve multiple management goals.

The study, led by Professor Josh Cinner from the ARC Centre of Excellence for Coral Reef Studies at James Cook University, found that only five percent of the reefs surveyed were simultaneously able to meet the combined goals of providing enough fishing stocks, maintaining biodiversity and a working ecosystem.

Coral reefs are facing intense degradation due to overfishing, pollution, and climate change. In addition to being the only home for a large number of marine species, the livelihoods of many people and communities depend on these ecosystems.

Effective conservation of these mega-diverse ecosystems requires aiming for multiple goals which apply to multiple species.

By examining the fish communities in the reefs – the team were able to assess whether the reef’s protections were achieving biodiversity, fisheries, and ecosystem function goals.

Their findings, published in Science, show that there is evidence that no-fishing marine reserves and other fisheries restrictions can help reefs meet conservation goals, but only if the management efforts were in the right locations.

A reef’s proximity to people and markets had a significant impact on whether any conservation goals were being achieved, particularly for biodiversity and fisheries goals.

Dr Beger from the Faculty of Biological Sciences, said: “Even limited benefits that come from no-fishing marine reserves and other fisheries restrictions are worth it. While they may not be fully achieving the desired multiple goals, they will slow and potentially halt the decline of reef ecosystems.

“None of the conservation goals can be achieved without immediate, substantial, and broad-scale investments into management of coral reefs though, and wide-spread reduction of use of reef resources.

“Reef health is tightly linked to human populations and their dependence on reef resources. Conserving reefs is as much about addressing poverty and human attitudes as it is about colourful fishes.”

Professor Cinner said: “The study not only has important implications for the placement of new marine reserves, but is also relevant to future socioeconomic changes, such as how infrastructure development and population growth may impact the efficacy of reef conservation.

“We show where managers will be able to maximise multiple goals, and likewise, where they will be wasting their time.”

The paper Meeting fisheries, ecosystem function, and biodiversity goals in a human-dominated world is published in Science 16 March 2020 18:00 GMT