Learning from those who live with wolves

New research led by the University of Leeds studied three types of rural communities in Spain: one with a permanent presence of wolves; one where they have returned; and one where their return is expected within the next decade. It explored the conditions under which humans and wolves can coexist - living peacefully and sustainably alongside one another.

The research found that the ecological, economic, and social conditions for coexistence in these communities varied significantly. For instance, while guardian dogs (a large breed of dogs specially trained to fend off wolf attacks) were remarkably efficient in one location, topography, tourism and other factors made them less feasible in another.

The findings illustrate the importance of working with individual communities to find solutions adapted to their local needs and conditions, rather than generalised technical and legal fixes.

Spain is home to one of Europe’s largest wolf populations, estimated between 2,000 to 2,500. The research is published just two weeks before the Spanish government is set to impose a national ban on wolf hunting, which could aggravate current tension over how wolves should be managed, and by whom.

Lead author Hanna Pettersson is a PhD researcher in Leeds’ Sustainability Research Institute and spent most of 2020 living in three villages in Spain to try and understand the key ingredients for coexistence with wolves in the different communities.

Ms Pettersson said: “The main problem with wolves in areas where wolves and people shared space was often less about the wolves themselves, but about economic and social pressures that were threatening the livelihoods, cultures and autonomy of local communities. For different reasons, the wolves often came to represent these pressures. Up until now, we knew a lot about the factors that lead to dysfunctional relationships, but much less about what fosters functional coexistence.

“Today, thanks to strict conservation laws, urbanisation and improved habitat conditions, we are seeing a return and expansion of large carnivores, such as wolves, to many types of landscapes across Europe. This is a hopeful sign for the global nature restoration movement, which is a crucial part of dealing with the ongoing biodiversity and climate crises.

“However, to ensure this movement is just and sustainable, it is important we work proactively in the communities that will share space with these large predators. In some cases, they can bring economic benefits through ecotourism, and they can provide natural regulation of ecosystems, for instance, by keeping herbivore numbers in check.

“Wolves are beautiful creatures admired by many, but they also cause problems for traditional farming communities, many of whom are already vulnerable due to unfavourable market conditions and social marginalisation. The survival of these communities is crucial to maintain their rich cultural heritage and sustainable food production practices, and therefore we must ensure the right conditions are created to enable them to persist in a wilder and more biodiverse countryside of the future.

“Wolves are returning to places where they have been extinct for decades, sometimes centuries. The key challenge we face is preparing and supporting communities so that they can adapt and flourish, thanks to, or sometimes despite, their return.”

Dr Steve Sait from the Faculty of Biological Sciences’ School of Biology is one of Ms Pettersson’s PhD co-supervisors and also co-authored the research.

Dr Sait said: “This was an excellent study that revealed how important it is to understand the human dimension to any conservation problem, and to appreciate the range of opinions that all stakeholders may have. This is perhaps even more so for large carnivores that are found in human-dominated landscapes.”

The research was published in Frontiers in Conservation Science by academics from the University of Leeds and Oviedo University, Spain.

Traditional methods for living with wolves

Traditional farming practices are still prevalent in Spain, where shepherds graze their livestock across wide geographic areas. As their animals roam freely, they face the risk of predation from wolves.

Some communities, such as one studied in Sierra de La Culebra in north west Spain, have lived alongside wolves for generations and they have adopted various successful coping methods to coexist.

They protect their animals by enclosing them overnight, accompanying them on foot during the day and keeping guardian dogs with their flocks at all times. 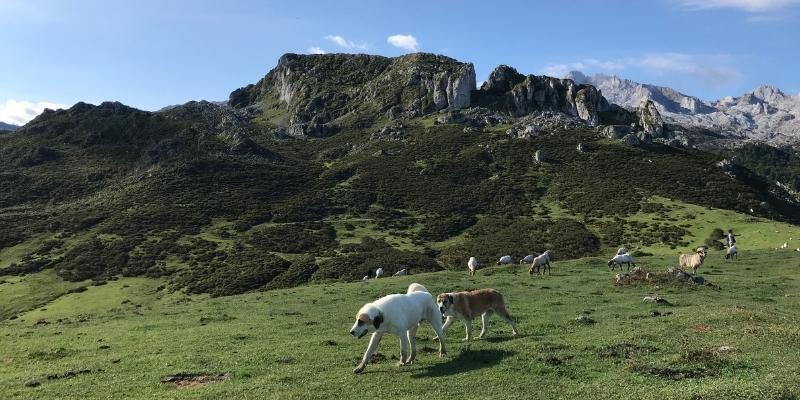 But these methods are highly work intensive and costly, particularly for small-scale farmers whose economic margins often are very narrow. In Spain, the few subsidies available for preventative methods have so far been focussed on communities where wolves have returned and caused rampant social conflict. People in harmonious areas have been left, in the best of cases, with bureaucratically cumbersome and inefficient compensation payments, if they can prove their animal was killed by a wolf, which is often impossible.

Ms Pettersson said: “If we don’t recognise, celebrate, and support these communities, it will be almost impossible for them to pass on their way of life to future generations and we will lose the knowledge and skills of those who have successfully lived alongside wolves for hundreds, if not thousands, of years. Without support, coexistence farmers will always be worse off than those who live in areas without wolves, and that sends the wrong signal.

“We need coexistence communities to thrive, to provide a positive example and illustrate to those who are anticipating the return of wolves that living with them is possible.”

The research identifies examples of successful new approaches to supporting communities, which have helped to improve coexistence conditions. In Asturias, where wolves have returned and caused significant social conflicts and damage to the livestock sector, a local NGO have set up a certification scheme that ensures high and reliable prices for “pro-biodiversity” lamb. It provides the shepherds with flexibility and funds to ensure compliance to the conditions as they see fit, and public acknowledgement of their environmental services in the shops and restaurants where their meat is sold.

Another approach has been led by the Spanish charity Fundación Entretantos, a local partner of the study. They created and ran roundtable discussions for communities experiencing conflict due to the arrival of wolves.

Julio Majadas Andray, a member of the foundation, emphasised the importance of solutions beyond technical fixes to protect livestock: “We should not commit the error of thinking that the problems will be solved without there being a clear intention to work with the local agents and the people who are involved in the conflict.

“Spanish people’s coexistence with the wolf is currently passing through a very sensitive and complex phase that has dragged on for years.

“We must ensure that solutions are built collectively and that decision-making is supported by a large part of society - especially by the people, entities and groups affected.”

The researchers argue that four key conditions are needed for successful coexistence of people and large carnivores:

The research was funded by the Natural Environment Research Council.

The paper, titled ‘Welcoming wolves? Governing the return of large carnivores in traditional pastoral landscapes’, is published in Frontiers in Conservation Science and is available online. 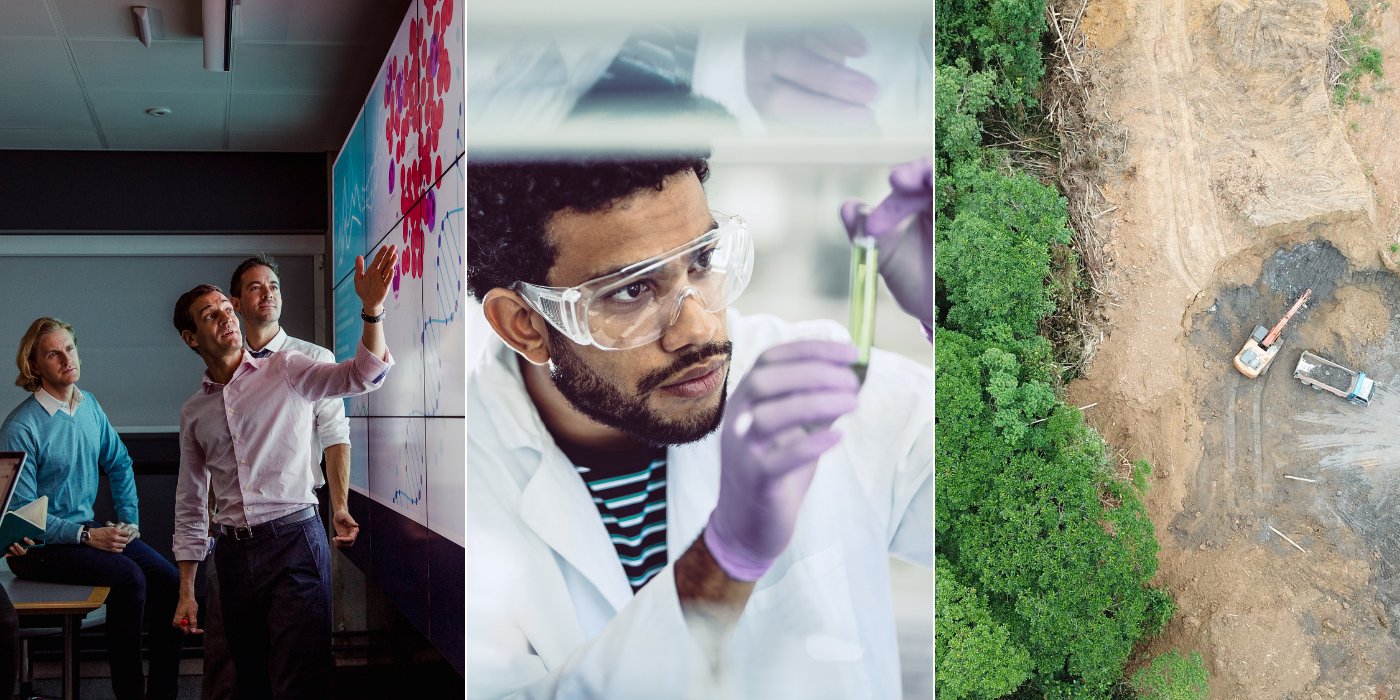 The world is waiting for you 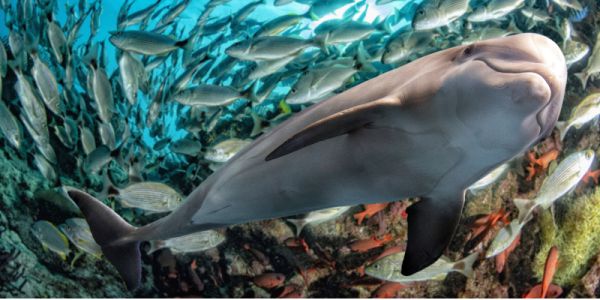 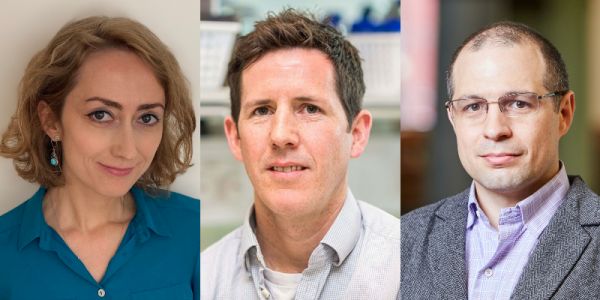