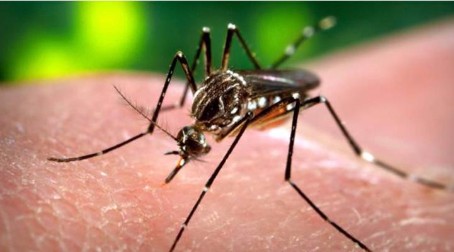 Scientists have uncovered why the Zika virus may specifically target neural stem cells in the developing brain, potentially leading to microcephaly.

A study published today in the journal Science shows that the Zika virus hijacks a human protein called Musashi-1 (MSI1) to allow it to replicate in, and kill, neural stem cells.

Almost all MSI1 protein in the developing embryo is produced in the neural stem cells that will eventually develop into the baby’s brain, which could explain why these cells are so vulnerable to Zika.

Since 2016 thousands of children across South America have been born with microcephaly, which causes abnormally small heads, after their mothers became infected with the Zika virus during pregnancy.

The overlap between Zika cases in pregnant women and an increase in babies born with microcephaly strongly suggested that the virus targets stem cells in the developing human brain, but why and how has remained a mystery. This study is the first to associate MSI1 with microcephaly and the Zika virus.

Professor Richard Bayliss from the Astbury Centre for Structural Molecular Biology at the University of Leeds played a key role in the research which led to the discovery, through modelling the protein structure of MSI1 with a mutation found in microcephaly patients, predicting that it would reduce the interaction with RNA.

Professor Bayliss said: “Zika shocked the world when it flared up and affected the lives of so many children and their families. Through dedicated research work we believe we have taken a step forward in understanding how it operates, and by doing so scientists can begin to think about how to disrupt it at a molecular level.”

Dr Fanni Gergely from the University of Cambridge, who led the research project, said:  “The development of a healthy human brain is an incredibly complex process that relies on stem cells and the coordinated actions of many genes.

“We’ve shown for the first time this interaction between Zika and MSI1 – with MSI1 getting exploited by the virus for its own destructive life cycle, turning MSI1 into the enemy within. We hope that in the future this discovery could lead to ways of generating potential Zika virus vaccines.”

The research team, from the universities of Cambridge, Leeds, Newcastle and Radboud in The Netherlands, suspected that MSI1 – an RNA binding protein – might be important because it is involved in regulating the pool of neural stem cells that are required for normal brain development.

The researchers found when the Zika virus enters these stem cells, it hijacks MSI1 for its own replication and damagesthe cells in at least two ways.

In both of these scenarios neural stem cells, crucial for normal neural development, are lost, leading to microcephaly.

To confirm that MSI1 was important to grow a normal-sized brain, the scientists demonstrated MSI1 was mutated in individuals with a rare type of inherited microcephaly, known as autosomal recessive primary microcephaly, unrelated to Zika infection.

These results collectively suggest that neural stem cells need MSI1 to generate enough neurons for normal brain size, but the presence of MSI1 also increases the vulnerability of these cells to Zika infection, leading to the death of the population which ultimately results in microcephaly.

Dr Mike Turner, Head of Infection and Immunobiology at Wellcome, which funded the research along with Cancer Research UK, said: “This new finding really helps to explain why neural stem cells are so vulnerable to Zika infection.

“It will also be interesting to investigate whether this protein is involved in other viruses, such as Rubella, that can also access and impair the developing human brain.”

The full research paper Neurodevelopmental protein Musashi 1 interacts with the Zika genome and promotes viral replication is published in the journal Science on 1 June 2017.

Main picture shows the mosquito Aedes aegypti, one of the transmitters the Zika virus.

Journalists with further questions should contact Peter Le Riche in the University of Leeds press office on 0113 343 2049 or Emily Pritchard at Wellcome on 020 7611 8248.

Faculty of Biological Sciences - Tuesday 24 May 2022

Faculty of Biological Sciences - Friday 20 May 2022

Faculty of Biological Sciences - Thursday 12 May 2022