Secrets from inside the womb could provide clues to miscarriage 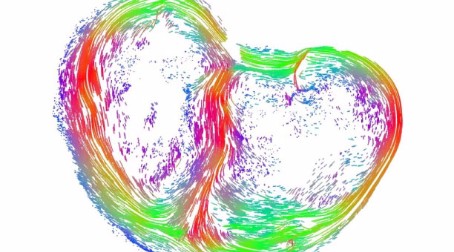 The major structures of a baby's heart form in just four days, according to new research using the latest imaging techniques.

Identifying the precise time when the four chambers of the heart develop means that doctors could eventually be able to monitor babies during this critical phase of their development.

The lead investigator and Young Researcher Prize winner, Dr Eleftheria Pervolaraki is from the School of Biomedical Sciences in the Faculty of Biological Sciences. She hopes the findings will mean that doctors would be able to intervene when a baby's heart fails to grow properly.

She said: “We have identified a critical time of development of the human heart in pregnancy. We now have a map that we can use to interpret problems during development and look at ways of trying to resolve those problems.”

The research involved the imaging of 23 fetal hearts with a gestational age range of 95 to 143 days in the womb.

The study, published in the Nature journal Scientific Reports, looked at how the heart developed 13 to 20 weeks into pregnancy. The researchers used MRI technology, specifically-written algorithms and 3D computer software to visualise the growing heart.

They found that the most remarkable changes occurred over a four day period 124 days into the pregnancy.

Within this short period, the muscle tissue of the heart rapidly organise. Cardiac fibres were laid down to form the helix shape of the heart within which the four chambers of the heart form. Without this essential architecture in place, the fetal heart cannot survive outside the womb.

One in 10 miscarriages is believed to be caused by the failure of the heart to form normally.

Dr Pervolaraki said there was a remarkable consistency around that fact that this phase of the heart’s development started between the 16 and 17 week point, precisely at 124 days into pregnancy. 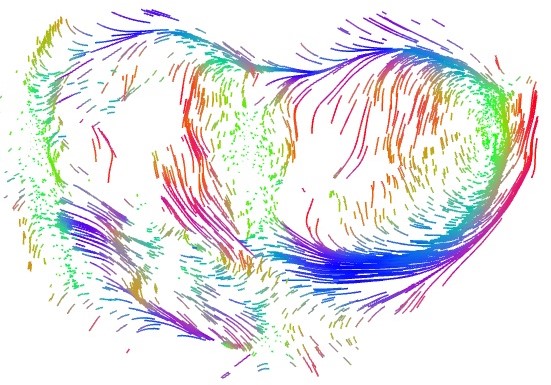 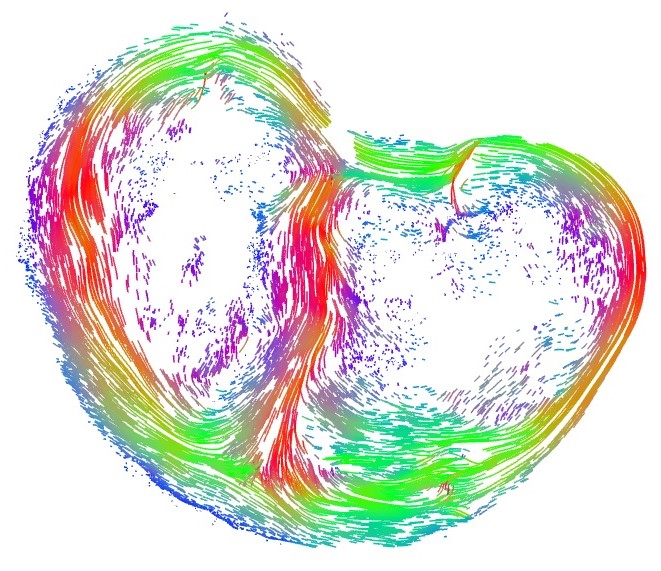 Images show cross sectional view of the heart at 124 and 128 days development.

The research team, which included collaborators at the Universities of Durham and Edinburgh, also identified a possible mechanism involved in heart development. During the critical four day period, they found increased levels of two proteins: connexin 40 and connexin 43.

Dr James Dachtler, from Durham University, said: “The expression of connexin 40 and connexin 43 helps cells in the heart to communicate with each other.

“As the amount of these proteins increases, cells can ‘speak’ to each other more effectively, which is why we believe we observed this structural development of the heart.”

The scientists acknowledge that the development timeline of the human heart remains elusive because of the difficulties of measuring development in the womb.

At the moment, doctors can only effectively monitor a baby’s heart after 20 weeks into a pregnancy, and by then developmental problems are difficult to resolve.

The research team believe the specialist imaging techniques that they used could be adapted for use in hospital clinics, allowing clinicians to spot whether a baby’s heart is failing to form properly.

The research was funded by the UK's Medical Research Council and the Lush Prize, a fund set up to promote non-animal research.