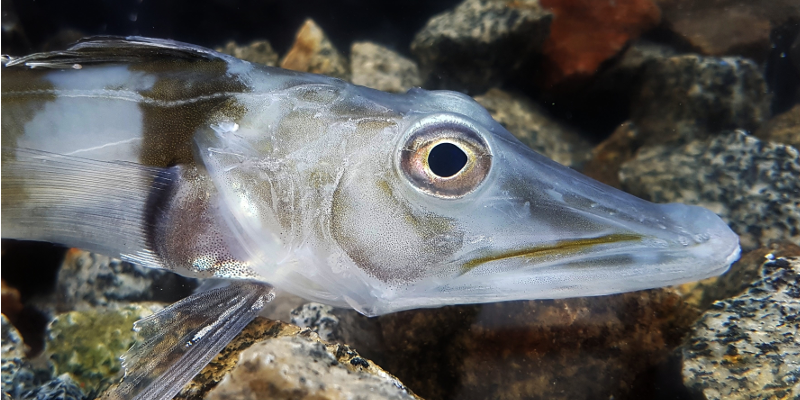 Three decades of exploring Antarctica has convinced Stuart Egginton that there is nothing better than first-hand evidence to prove the effect global warming is having on our planet.

As Professor Egginton  marks his 30th year of polar research, an academic paper he was heavily involved with has been named the best of 2018.

As a young researcher, Professor Egginton, from the School of Biomedical Sciences, first visited Earth’s most inhospitable environment in 1989. He has made the 10,000 mile trek seven times since, working with leading researchers from around the world.

A fellow of the Royal Society of Biology and the Physiological Society, his travels to the Antarctic have allowed him to study the effects of global warming on polar species. 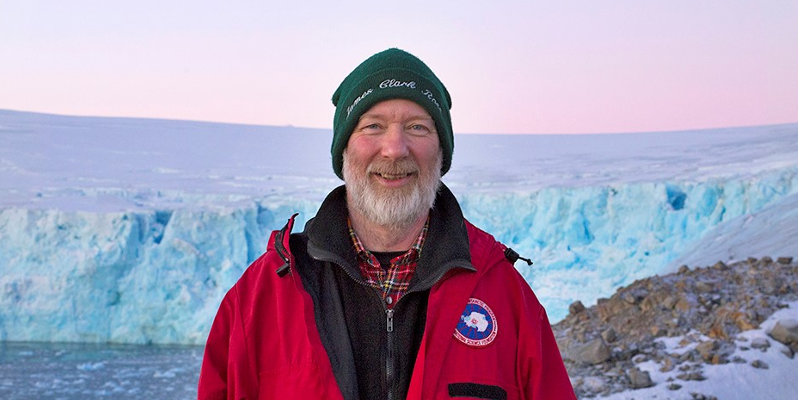 Professor Egginton at Palmer Station on the Antarctic Peninsula in 2015, with Anvers Island glacier in the background.

The extreme cold and oxygen rich Southern Ocean have maintained temperatures around the freezing point of seawater (-1.9 degrees centigrade) for 10 million years, killing all but the most specialised species (those that produce a natural anti-freeze protein).

The weirdly translucent icefish such as the one pictured, top, – a focus of the professor’s most recent research - is one of those that thrives in the cold.

For millennia, icefish have been restricted to living in the Antarctic seas because a genetic mutation means they cannot survive in warmer conditions. But their future survival is now in question as Antarctic waters are beginning to heat up, and doing so at a faster rate than most areas of the planet. 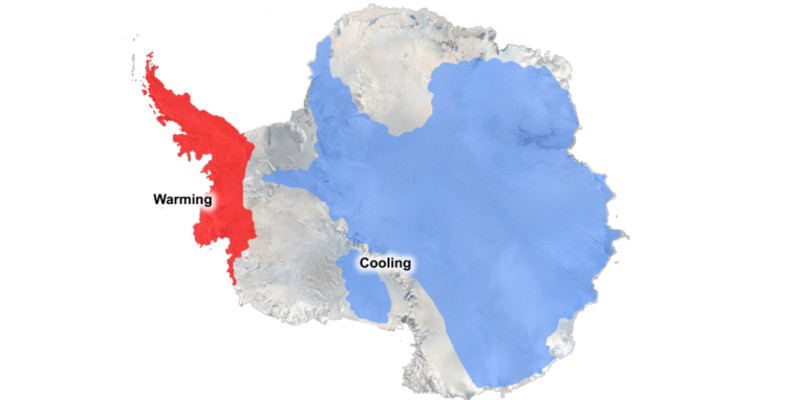 The Antarctic peninsula is warming at an alarming rate while East Antarctica is in many places actually cooling, demonstrating the vagaries of climate change.

Researchers need to understand how climate change is affecting the fragile ecosystem to draw conclusions for other species, including likely widespread changes in distribution and potential fishery capacity.

“Global warming will have the biggest effect in the most vulnerable area of the world, Antarctica,” Professor Egginton said. “We must understand the challenges facing species living there because they may provide an indicator of responses to be felt in the rest of the world.”

What's so special about icefish?

Its blood is white because it does not produce haemoglobin, the red protein responsible for transporting oxygen in the blood. This is an advantage to icefish because it makes their blood more fluid and easier to pump around their bodies, which saves energy.

However, this is balanced by poorer oxygen carrying capacity, requiring hearts that are much bigger than other fish in order to pump larger volumes of blood around the body, placing a strain on cardiac performance. 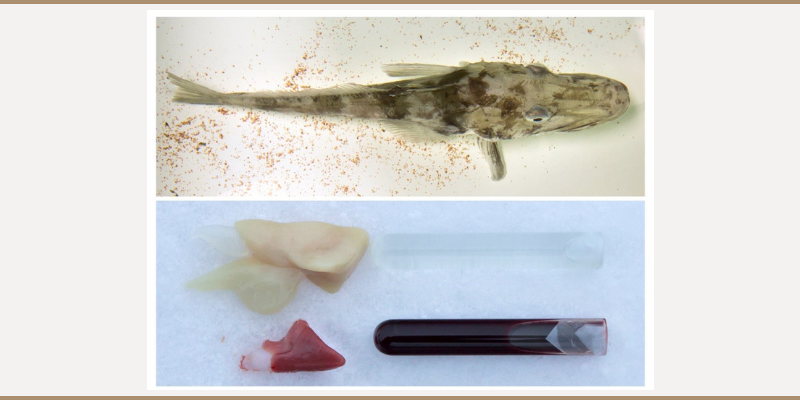 A Blackfin icefish in a tank (top) and the pale heart and white blood from a dead animal, compared to the red heart and coloured blood from a similarly sized related species.

A series of research papers have been published by the professor and his colleagues in the three years following the most recent expedition in 2015. The prize-winning paper, A Solution to Nature’s Haemoglobin Knockout, has just received theOutstanding Paper Prize 2018 from the respected Journal of Experimental Biology.

Most animals carry an enzyme called carbonic anhydrase in their red blood cells (erythrocytes) to efficiently process waste carbon dioxide in the blood, but the paper showed for the first time that as icefish do not have erythrocytes, they had evolved to relocate the enzyme so it was bound directly to the surface of the gills.

As a result, the icefish’s gills allow it to remove carbon dioxide using a technique not found in any other vertebrate.

The expedition created such a rich stream of first-hand observations that more publications are planned focusing on different aspects of cardio-respiratory physiology later this year.

Taken together, these and the other research papers show while icefishes have some resilience to short-term changes in temperature, unlike its red-blooded cousins, the icefish are limited in their ability to accommodate higher work loads and face a bleak future, and are unlikely to be able to survive a long term increase in sea temperature.

Their ability to swim, feed or reproduce would be severely affected if temperatures rise by more than a few degrees, which would likely lead to extinction of the species. 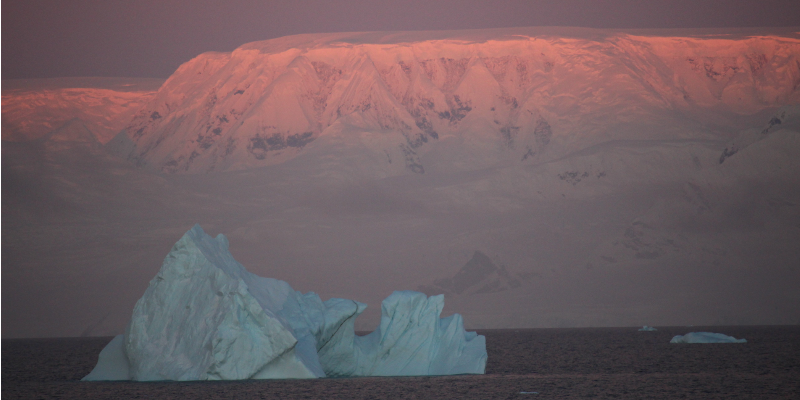 Evening glow on the Antarctic ice shelf with a calved off iceberg in the foreground.

During his three decades of visits to Antarctica, as well as carrying out in-depth research into the physiology of native fish species, Professor Egginton has also seen changes to the landscape. He’s watched glaciers shrink, altered distribution of penguins, as well as signs of accelerated moss growth, all believed to be a result of global warming.

A blog written after the most recent trip neatly set out the situation:

This last trip I experienced rain for the first time: whereas the global average temperature has risen by 1°C, over the last 50 years the peninsula has seen a rise of 2.5°C – potentially disastrous for life adapted to a stenothermal [largely unchanging, cold] environment.

The rate of average surface water temperatures rise is expected to continue over the next century, according to the Intergovernmental Panel on Climate Change (IPCC).

Professor Egginton said computer models were useful to predict the effects of climate change, but examining how living species reacted "in real time" was also valuable.

He said scientists could observe the impact of multiple variables changing at the same time. This includes changes to acidity and pH levels in the oceans, availability of food, and the ability to dissolve respiratory gasses.

“Antarctica is a great lab to look at unique species,” he said. “It pushes our knowledge, and shows how life copes with changes in unexpected ways, and what the limits to adaptation might be. By studying the anatomy and physiology of species like the icefish we can draw conclusions for other life on the planet, including ourselves.

“To find answers, increasingly we have to look in strange places because ecologically, if things are going wrong in Antarctica, the rest of the world will follow suit.”

The importance of Professor Egginton’s research has been attested to by former American president, Barack Obama. A letter from Mr Obama to the professor's research team during the 2015 excursion, sums up the importance of understanding the enigma that is Antarctica:

Earth’s environmental systems are interdependent and fragile, and your combined efforts allow us to recognise the critical role Antarctica plays in global systems as the Antarctic ice sheet responds to our changing climate and in turn influences our oceans.

This knowledge can determine necessary actions to safeguard our planet and address climate change.

Further information is available from Peter Le Riche in the University of Leeds press office on 0113 343 2049 or email p.leriche@leeds.ac.uk