Shelling out for dinner – Dolphins learn foraging skills from peers

A new study demonstrates for the first time that dolphins can learn foraging techniques outside the mother-calf bond – showing that they have a similar cultural nature to great apes.

The dolphins of Shark Bay, Western Australia, are well known to scientists and have been closely studied for more than 35 years.

In the mid-1990s the first instances of an extraordinary new foraging technique called “shelling” were recorded by the team.

Shelling is a tactic used by dolphins when prey hides inside large empty shells of giant sea snails found in Shark Bay. They use their beaks to bring these shells to the surface and then shake the trapped food into their mouths – like the last few crisps at the bottom of a packet.

Foraging techniques in Shark Bay are typically passed on from dolphin mothers to their offspring – what researchers refer to as vertical social transmission. This transmission between generations was considered the only way dolphins learned foraging methods.

But the new study, published in the journal Current Biology, demonstrates that some of Shark Bay’s dolphins have actually learned this foraging method outside the mother-calf bond. 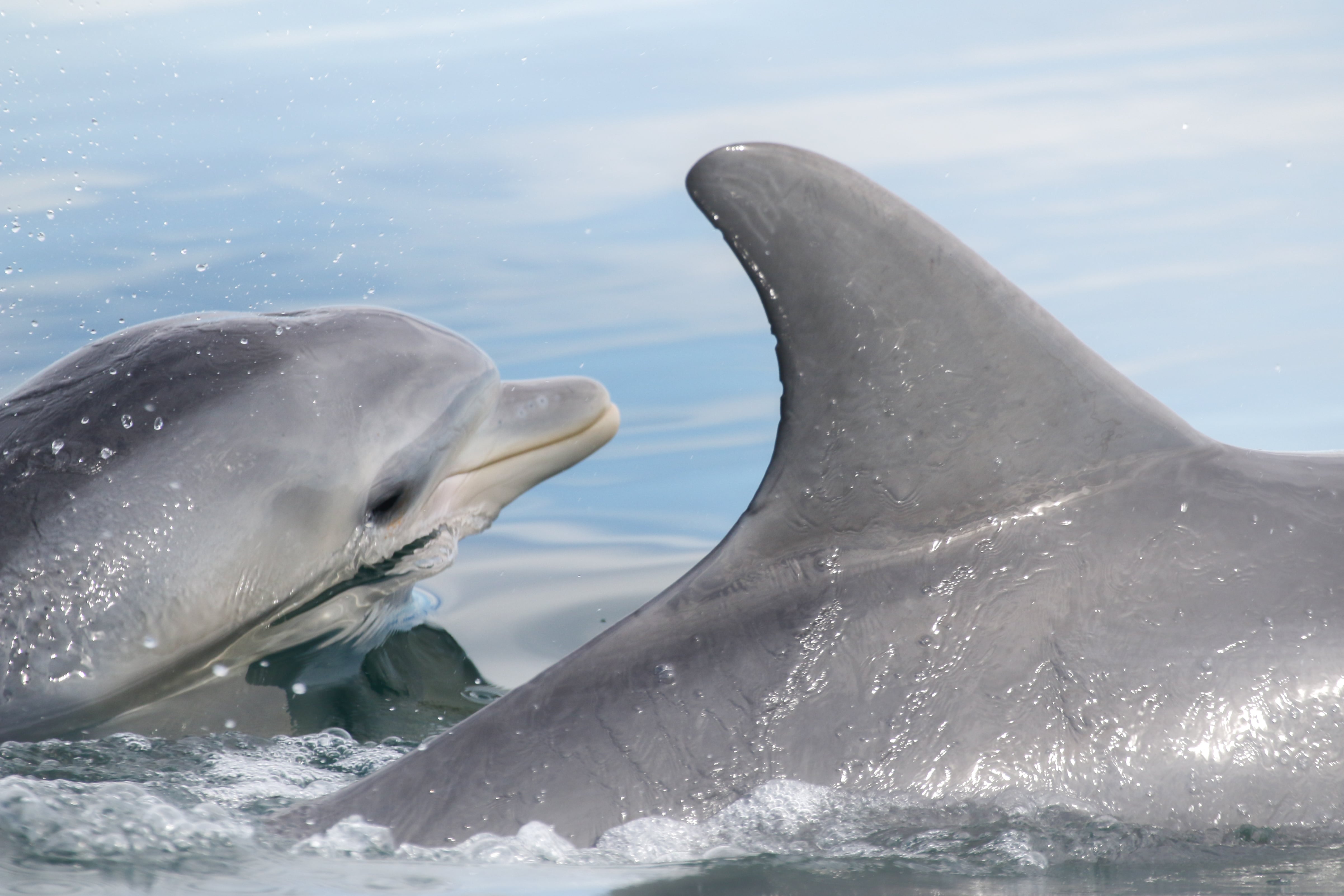 It suggests that these dolphins observed their close associates shelling and then adopted the technique themselves – what researchers refer to as horizontal social transmission, that which can occur within generations.

She said: “These results were quite surprising, as dolphins tend to be conservative, with calves following a ‘do-as-mother-does’ strategy for learning foraging behaviours.”

“However, our results show that dolphins are definitely capable, and in the case of shelling, also motivated to learn new foraging tactics outside the mother-calf bond. This opens the door to a new understanding of how dolphins may be able to behaviourally adapt to changing environments, as learning from one’s peers allows for a rapid spread of novel behaviour across populations.”

“For example, an unprecedented marine heatwave in 2011 was responsible for wiping out Shark Bay’s critical seagrass habitat. There was a subsequent die-off of fish and invertebrates, including the gastropods that live in those giant shells. While we can only speculate as to whether this prey depletion gave the dolphins a boost to adopt new foraging behaviour from their associates, it seems quite possible that an abundance of dead giant gastropod shells may have increased learning opportunities for shelling behaviour.” 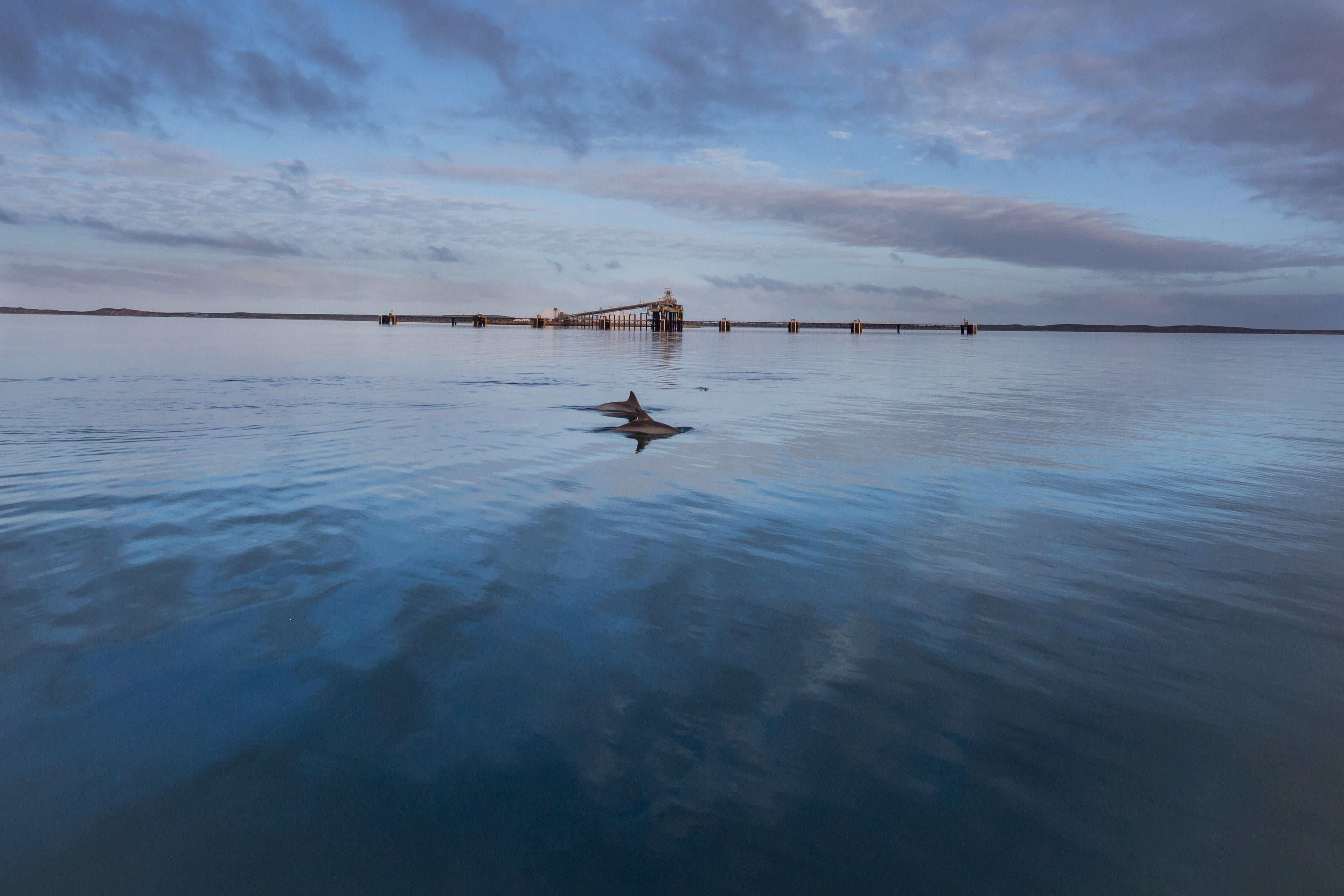 Professor Michael Krützen, director of the Department of Anthropology at the University of Zurich and senior author of this study has been studying social evolution of great apes and marine mammals for nearly 25 years.

“The fact that shelling is socially transmitted among dolphin peers rather than between mother and offspring sets an important milestone and highlights similarities with certain primates, who also rely on both vertical and horizontal learning of foraging behaviour,” Professor Krützen points out.

“Despite their divergent evolutionary histories and the fact they occupy such different environments: both dolphins and great apes are long-lived, large-brained mammals with high capacities for innovation and the cultural transmission of behaviours.”

The international team of researchers conducted boat-based surveys in the western gulf of Shark Bay between 2007 and 2018 to quantify how shelling behaviour spread across the population.

From 5,278 dolphin group encounters, they identified 1,035 different individuals. A total of 42 shelling events were documented, performed by 19 individual dolphins.

Although shelling appears quite rare, both the number of shelling events and the number of individual “shellers” is likely to be an underestimate, as the behaviour occurs in bouts lasting a few seconds, and is therefore hard to observe.

The team combined behavioural, genetic and environmental data to model the different transmission pathways of shelling, which revealed most support for the non-vertical social transmission of this remarkable behaviour. 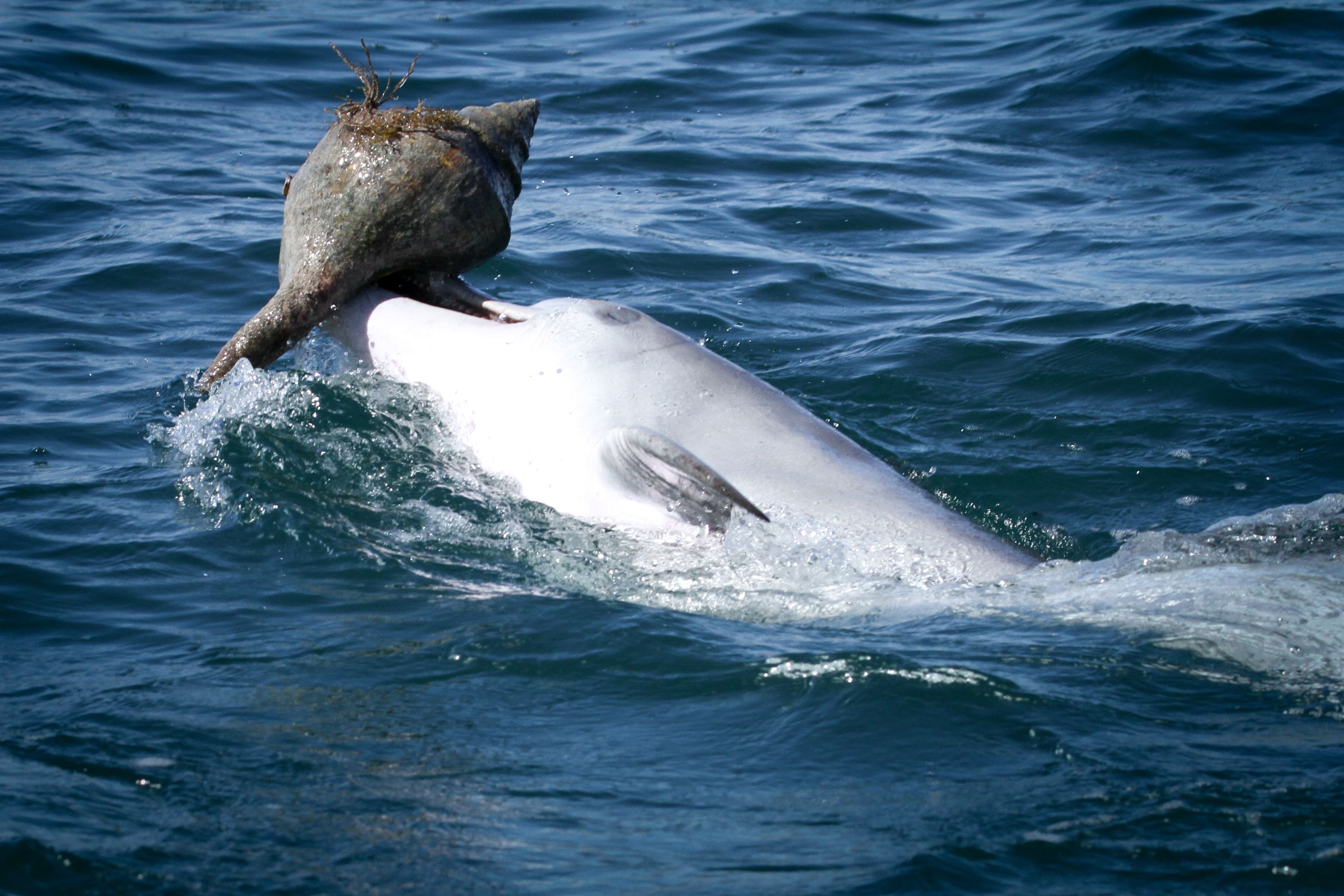