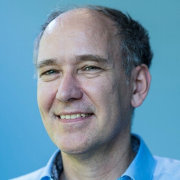 “A magnetic resonance view of cellular life and disease”

Marc Baldus obtained his PhD in physical chemistry at ETH Zurich in 1996. He worked as an assistant professor at Leiden University and became in 2000 a tenured Group leader at the Max-Planck-Institute for Biophysical Chemistry, Goettingen/Germany. Since 2008 he has been working as full professor of Structural Biology at Utrecht University where he heads the NMR section and is the scientific director of the Bijvoet Center for Biomolecular Research. In recognition of his research he was awarded several national and international prizes including the Günther Laukien Prize (2014), the Founders Medal of the International Council on Magnetic Resonance in Biological Systems (ICMRBS, 2006), and the Prize of the Association of the European Biophysical Societies (EBSA, 2007).

The Baldus group develops and applies magnetic resonance (NMR)-based approaches to unravel structure-function relationships in complex molecular systems with the goal to understand how molecular structures and assemblies are dynamically changing during cellular function and disease. Target areas are membrane and disordered proteins that control cellular processes and establish cell-cell communication. Research studies of the Baldus group range from functional in-vitro systems to intact bacterial and human cells and involve the combination of solid-state NMR with other spectroscopic, biophysical and cell biology methods. 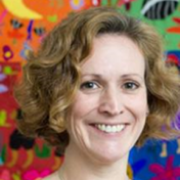 “Inside the cell with influenza virus”

Wendy graduated in Natural Sciences from Cambridge University and undertook her PhD at the Common Cold Unit, Salisbury under the joint supervision of Dr David Tyrrell and Dr Fred Brown, studying the human immune response to rhinovirus. She joined Imperial College in May 2007, moving with her research group from the University of Reading where she had been based since 1995. She acquired molecular virology skills as a postdoctoral fellow first in the laboratories of Professor Jeff Almond at Reading, and then working with Dr Peter Palese at the Mount Sinai School of Medicine, New York.

Her expertise is in the field of respiratory viruses, in particular influenza virus. Her studies aim to understand the molecular and cellular basis of the pathogenesis, host range restrictions and transmissibility of influenza viruses. The approach includes the generation of recombinant viruses with defined mutations. This strategy has contributed to the production of novel influenza pandemic vaccines. 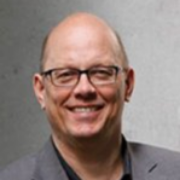 "Mechanisms of folding and assembly of newly synthesized proteins"

Bernd Bukau studied biology in Besançon, Santa Cruz, and Constance; he worked as a school teacher before completing his PhD in microbiology in Constance. Following a stint as a postdoc in the USA and work as a project group leader at the Center for Molecular Biology in Heidelberg, he accepted a position as professor for biochemistry at the University of Freiburg.

The main theme of his recent work is the molecular mechanisms of protein folding in the cell – one of the foundations of molecular biology. More specifically, he is interested in the function and regulation of the so-called chaperones, which support and control the process of protein folding in the cell. Particularly important is the role of the chaperones under stress conditions, e.g., heat shock, in which misfolding can occur. His latest experiments have focused on the question of whether and according to what mechanisms various chaperone systems cooperate as a part of a functional network in cellular folding processes. 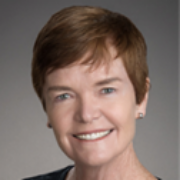 Bridget Carragher received her PhD in Biophysics from the University of Chicago in 1987. She then worked in a variety of positions, both in industry and academia until moving to the Scripps Research Institute in 2001.

Since 2002 she has served, together with Clint Potter, as the Director of the National Resource for Automated Molecular Microscopy (NRAMM), an NIH funded national biotechnology research resource. The focus of NRAMM is the development of automated imaging techniques for solving three-dimensional structures of macromolecular complexes using cryo-transmission electron microscopy (cryoEM). The overall goal is to develop new methods to improve the entire process, from specimen preparation to the generation of the final three-dimensional map.

In 2015 Bridget and Clint moved their academic lab from The Scripps Research Institute to the New York Structural Biology Center where they serve as Co-Directors of the Simons Electron Microscopy Center. In May 2018 they were awarded a U24 grant to start the National Center for CryoEM Access and Training. 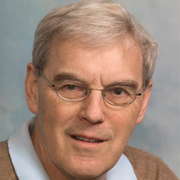 Richard Henderson is a molecular biologist and biophysicist who was awarded the Nobel Prize for Chemistry in 2017 for his contributions to the development of cryo-electron microscopy - a technique that uses electrons to determine the structure of molecules – and was the first to solve the structure of a protein found in the membrane of a cell.

Using X-rays to analyse bacteriorhodopsin, a light-harvesting protein found in tiny microbes, Richard discovered that it was composed of helices. Then, in collaboration with neuroscientist Nigel Unwin, he uncovered the three-dimensional arrangement of the helices within the bacterial membrane using electron microscopy — pioneering the powerful technique’s use to study biological molecules. Their model was published in the journal Nature. His vision, that electron microscopy could be used as a general tool to solve protein structures without needing crystals, took the best part of 40 years to come to fruition, but his achievements have transformed biology.

Richard has worked at the MRC Laboratory of Molecular Biology in Cambridge since 1973, and was its Director from 1996–2006. Richard is a Fellow of the Royal Society, and was awarded the Copley Medal - the Society’s highest honour - in 2016. In 2017, he was awarded the ultimate scientific accolade, sharing the Nobel Prize in Chemistry with Jacques Dubochet and Joachim Frank “for developing cryo-electron microscopy for the high-resolution structure determination of biomolecules in solution. 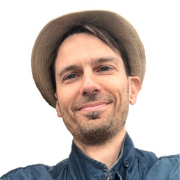 “Assembly, structure and function of the tight junction complex”

Alf Honigmann studied cell biology at the University of Osnabrück, where he also did his PhD in membrane biophysics. During this time, he developed a new approach to measure electrical and optical properties of single proteins reconstituted in model membranes. For his postdoc, Alf worked with Nobel Laureate Stefan W. Hell at MPI-PBC Göttingen, developing optical super-resolution techniques to reveal the organization and dynamics of lipids and proteins in living cells.

Currently, Alf leads a group at the MPI-CBG in Dresden. His group aims to understand how epithelial cells organize their membranes to facilitate tissue formation. The main focus lies on the assembly mechanisms and the structure of cell adhesion interfaces. Using a combination of super-resolution microscopy, organotypic tissue culture, genetics and biochemistry the Honigmann lab addresses how tissue shape emerges from the collective properties of molecular interactions at the cell membrane. 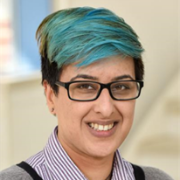 Syma graduated with a first class degree in Chemistry from the University of Warwick in 2000. She remained at Warwick to read for a PhD under the supervision of Professor P Mark Rodger. After obtaining her PhD in 2003, she moved to the University of Oxford as a postdoc in Professor Mark Sansom's lab, to study the structure-function relationship of bacterial membrane proteins. In 2007, she was appointed as RCUK fellow in Chemistry at the University of Southampton, in 2010 was appointed to full lectureship, following this In 2016 she was promoted to full professor. She has ~15 years of experience in the development and application of molecular dynamics simulations to the study of biological molecules. Her research interests are focussed on the dynamics of the bacterial cell envelope. Her formal training as a chemist combined with her interest in the biological relevance of the systems she studies, enables her to adopt a truly multi-disciplinary approach; she collaborates with experimental colleagues extensively.

Syma has authored over 50 peer-reviewed papers and 5 book chapters and is on the editorial board of Scientific Reports. She serves on the management committees of the British Biophysical Society and CCPBioSim. She is chair of HECBioSim. 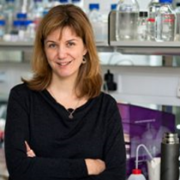 Wanda Kukulski studied biology at the University of Basel, where she also did her PhD at the Biozentrum. During this time, she solved the structure of a water channel protein by electron crystallography. For her postdoc, she worked at the EMBL in Heidelberg where she developed a correlative microscopy workflow and applied it to visualise how the plasma membrane reshapes during endocytosis.

Currently, Wanda leads a group in the Cell Biology Division of the MRC LMB. Her group studies how membrane architecture is linked to cellular functions, with a current focus on the organisation of organelle contact sites and the dynamics of mitochondrial membranes. To this end, they combine various cellular imaging techniques including correlative microscopy and electron cryo-tomography